You are here: Home / Obituaries / William A. Groff, Jr. 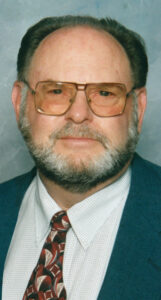 William A Groff, Jr., 90, of Lancaster, passed away on January 7, 2023 at Lancaster Nursing and Rehabilitation Center.  He was the loving husband of the late Sara A (Baker) Groff who passed away in 2011.  Prior to her death, they were married for 58 years.

Born in Lancaster, PA he was the son of the late William A and Miriam (Wade) Groff.  For most of his life, Bill grew up and lived in the Bausman area.

After graduating from high school, Bill proudly served in the US Navy stationed on the USS Kittiwake during the Korean conflict.  For much of his career, Bill was employed as a carpenter and then as superintendent with Wohlsen Construction where he received multiple awards as an expert in his field.

In his spare time, he enjoyed hunting in Clearfield County where he was a member of the Millersville Hunting Club.  He also enjoyed riding motorcycles, and attending all of his grandsons sporting events as they were growing up. Most of all, he enjoyed spending time with his family.  A craftsman by trade, he enjoyed tinkering on projects around the house.  He also enjoyed Lancastrian history.   He was a member of Hamilton Park United Church of Christ.

A graveside service will be announced in the spring.  Contributions in his memory may be made to Hamilton Park UCC, 1210 Maple Ave, Lancaster PA 17603.