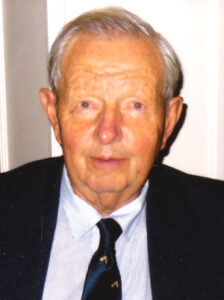 Donald C. Reed, 86, of Lititz, passed away at Moravian Manor Communities on Tuesday October 11, 2022 from complications associated with several strokes. Don married the love of his life, Patricia W. Reed, on January 2, 1958 and enjoyed 60 years of marriage before her death in 2018.

Born in Valley View, PA Don was the son of the late Chester and Marian Schrope Reed. He attended Hegins Township High School and graduated in 1954. Don then attended Wyoming Seminary graduating in 1955, prior to his appointment to the United States Naval Academy in June 1955. He also enlisted in the Naval Reserve in May 1954, and was honorably discharged in June 1955 in order to accept his appointment to attend the USNA. Don received his Bachelor of Science in Mechanical Engineering in 1959 from Lehigh University. His Engineering degree took him to General Electric in Syracuse NY where his son, Donald Chester Reed (Chuck) was born. From there they moved to Michigan and then back to NY where his daughter, Pamela Wilson Reed, was born in Schenectady. In 1967 Don took a position with RCA in Lancaster, PA putting down strong roots at 76 Glen Moore Circle, in Manheim Township for 50 years prior to moving to Moravian Manor Communities in 2017. He retired in 1996 after working for RCA’s successor companies; Philips Electronics and Burle Industries. While employed, Don was the Chairman of the RCA Product Assurance Board, taught courses (his favorite was Probability and Statistics) for GE and the American Society of Quality Control (ASQC) leading to certification as Quality and Reliability Engineers and Managers and named a Baldridge Award Examiner.

When Don was a member of Grandview United Methodist Church he sang in the choir, was the treasurer and maintained the Memorial Garden. In his later years he attended Lancaster Church of the Brethren. He was an avid tennis player serving as President of the Wheatland Tennis Club, and played on numerous courts in Lancaster County enjoying competition with his tennis buddies. He played baseball at Wyoming Seminary and soccer his Plebe year at the USNA. Don loved sports and cheered for anything NAVY always finishing the National Anthem with “GO NAVY Beat Army.” He even picked up pickleball for a short time while residing at Moravian Manor. In his retirement, he volunteered for Habitat for Humanity, developed an interest in genealogy completing extensive research on the Schrope, Reed, Schwalm, Walker and Wilson families, publishing his research for the Schwalm Historical Association. Don won election to the Manheim Township School District School Board and served as School Director for 8 years. He volunteered at the Manheim Township Public Library weekly book sort and also served on the MT Planning Commission.  Don was an avid reader finishing books in amazing speed. Always a Dodgers baseball fan from their start in Brooklyn, he would be proudly sporting his gear during the current post season.

Don especially loved spending time with his 5 grandchildren. From vacations to Avalon, Rehoboth, Disney World, Lake Wallenpaupack (his favorite place to sail on his Sunfish), Rock Gardens Inn, he enjoyed playing cards with them, teaching tennis, watching their sporting events and attending all activities they were involved in.

The family would like to thank the dedicated staff at Moravian Manor Communities Health Center North for the wonderful and compassionate care they provided to Don during his 4 months stay.

Interment will be private at the Grandview United Methodist Church Memorial Garden.