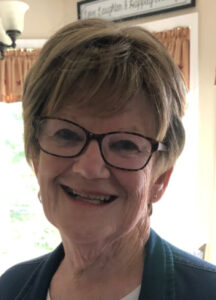 Carolyn Louise Kennedy of Conestoga passed away on September 25, 2022 at Hospice and Community Care, 4075 Old Harrisburg Pike, Mount Joy, PA  . She was the loving wife of Jack Kennedy, Sr. who passed away in 2004.

Carolyn was born in Lancaster to William and Blanche (Hebble) Smith in August 1941.

She was a member of Conestoga United Methodist Church, Conestoga, PA.

In her free time, first and foremost, Carolyn enjoyed spending time with her grandchildren and great-grandchildren. She also enjoyed flower arranging, reading and collecting dolls.

A private, graveside service will be held at Conestoga Memorial Park. In lieu of flowers, donations in Carolyn’s name may be made to Hospice and Community Care, 685 Good Drive, Lancaster, PA 17604.

DeBord Snyder Funeral Home & Crematory is in charge of the arrangements. Online condolences may be offered at www.DeBordSnyder.com