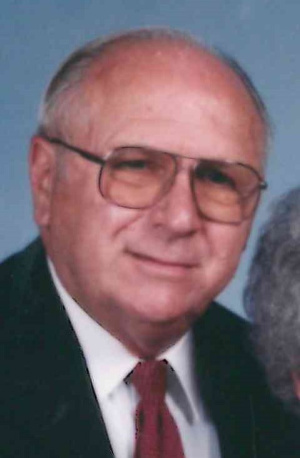 Bill was in the high school trade program at J.P. McCaskey and went to Armstrong Research and Development. After graduating in 1945 from McCaskey, he served in the United States Navy as a Second Seaman during World War II, receiving a Medal of Victory. Bill became a machinist for Armstrong Corp. and was there until his retirement.

Bill was an avid baseball player and was a center fielder for Lititz (won League Pennant in 1954), Smithville, (League Champs ’47 and League Pennant ’48), Armstrong, and Strasburg baseball teams. He was honored into the Lancaster County Baseball Hall of Fame.

He was a long-time member of Emmanuel Lutheran Church. Bill was a member of Lodge No. 43 Free & Accepted Masons. Bill was a former member of the Tall Cedars of Lebanon, Lodge of Perfection 14, AASR Northern Masonic Jurisdiction, American Legion Post 34, Lodge No. 764 F&AM, and a Scottish Rite Free Mason.

Bill is survived by a brother Mervin, husband of Phyllis Wiker and a sister Yvonne Tshudy. Plus, many nieces and nephews. Besides his wife, Bill is preceded in death by two sisters; Ruth Sherrard and Delorous Duke and a brother, Jere.

Service will take place at the family’s convenience. In lieu of flowers, contributions in Bill’s memory may be sent to St. Jude’s Children’s Hospital, 501 St. Jude Place Memphis, TN 38105.

Offer Condolence for the family of William R. Hemperly, Jr.