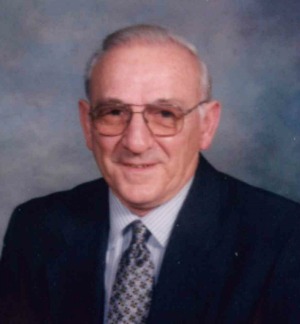 William Kenneth Groff, Sr. joined his parents, Nelda V. (Sheaffer) and Richard V. Groff, and brothers, Richard E. and John E. Groff, in heaven on May 5, 2018. He was born in Lancaster on February 6, 1934. He was a dedicated and proud citizen of the Red Rose city and raised his family here.

You could find Bill in his blue and white every Saturday in the fall. He always found a way to watch Penn State Football- he never missed a game. He enjoyed attending many games at Happy Valley and went to numerous bowl games with his wife and friends.

Bill also took an active role in sports and played second base for Kerr Glass in the Lancaster Industrial Softball League. He coached the Lancaster Angels in the Red Rose Softball League and would always be there to offer players a cup of water after an injury. His love of football led him to coach midget football for the Lancaster Presidents for many years.

Bill was a family man who will be missed by many. We take comfort in the fact that he is now having a cup of decaf coffee with his lifelong friend, Jack Wendler.

In lieu of flowers, the family asks that donations be made to Hospice & Community Care, 685 Good Drive, Lancaster, PA 17604.
A Graveside Service will be held on Saturday, May 12, 2018 at 10:00 AM at Millersville Mennonite Cemetery.

Offer Condolence for the family of William Kenneth Groff, Sr.