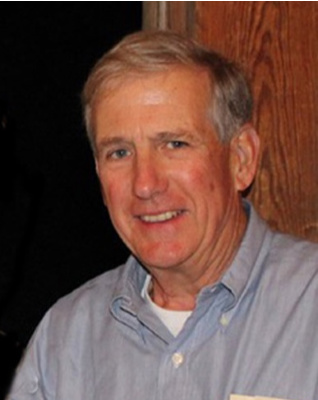 William J. Fry III (Jeff), of Mount Gretna, passed away on May 5, 2020, after struggling for several years with a terminal illness, a struggle he bravely described shortly before his death as a “long haul.” He was 74 years old.

Jeff was born in Abington, Montgomery County, in 1945, the son of William J. Fry Jr. and Esther Brittain Fry, who preceded him in death. He graduated from Lower Moreland High School in 1963 and Susquehanna University in 1967, where he met Karen S. Smith, of Clearfield County. Jeff and Karen were married in August 1966. Jeff and Karen have two children: Daniel and Katherine, known as Katie. Daniel and his wife Lindsey live in Fort Collins, Colo., with their daughters, Margot and Ellen. Katie, of East Haddam, Conn., and her husband Steve have a son, Oliver.

In 1968 Jeff enlisted in the U.S. Army. He served three years in army intelligence, an experience that led to a career as an investigator. After being discharged in 1971 he accepted a position with the newly formed Pennsylvania Crime Commission and spent the next 18 years investigating organized-crime figures. During the Casey administration he was appointed inspector general for the Department of General Services. Jeff also served as executive director of the Lancaster Crime Commission from 2000 to 2002. In retirement he had a private investigative business.

Jeff loved his work and thrived on having a job that allowed him to meet every day with people  from many places and backgrounds. Being a natural storyteller, his career provided him with plenty of material to entertain his family and friends. Jeff was widely known and respected by men and women in local, state and federal law-enforcement agencies.

Jeff and Karen’s love of antiques and old houses led them to purchase a small, 19th century farm near Manheim in 1975. Here the Frys raised Dan, Katie and a long list of farm animals. The property turned into a 42-year project and a way of life for the family. It also became a special place for family and friends to gather for holidays and celebrations.

When not on the farm Jeff enjoyed many other outdoors activities. He was an avid fly fisherman and hiker in the Slate Run area of Lycoming County. For many years he went deer hunting with friends at a camp in Eagles Mere, Sullivan County.

Always most important to him was spending time with family and friends.

A memorial service will be held but a date has not been set, due to the pandemic. Information about the service will be posted on the website of the DeBord Snyder Funeral Home & Crematory (www.debordsnyder.com).

Memorial donations may be made to Hospice and Community Care of Lancaster, 285 Good Drive, Lancaster, PA, 17604.

Offer Condolence for the family of William J. Fry III