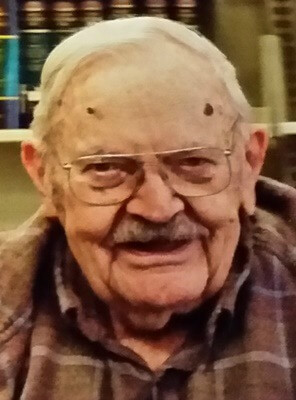 He was married 72 years to Catherine M. Wennerholt Strawser.  Born in Lucknow, Dauphin County, he was the son of the late Albert and Carrie Mae Swalm Strawser.

William retired from Armstrong World Industries where he had been employed as a systems analyst.  He was a member of First United Methodist Church where he had been a former usher and  Congregational Care Chairperson.

He was a 1939 graduate of J. P. McCaskey High School.  He enjoyed reading and spending time with his grandchildren and great grandchild.

Surviving besides his wife is a son, Richard W. husband of Joan Strawser of Columbia; a daughter, Sharon A. wife of Robert Sherick of Mastersonville; three grandchildren, Stephanie N. Yeagle, Morganrae Sherick, Kirsten M. Sherick and one great grandchild, Brooklyn I. Yeagle.  He was preceded in death by a sister, Helen Mae Keperling.

Offer Condolence for the family of William H. Strawser