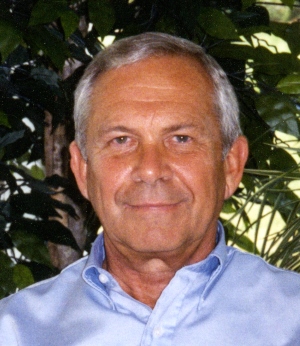 William G. Pontz, Jr., 79, of Lancaster passed away peacefully at home on Tuesday, November 10, 2015.  He was born in Lancaster, PA, a son of the late William G. Pontz, Sr. and Dorothy Root Pontz.  He was preceded in death by his brother Jack B. Pontz and stepmother Dorothy G. Pontz.  Bill was a 1954 graduate of J.P. McCaskey High School and later graduated from Franklin and Marshall College in 1958 with a B.S. in Economics.  He then entered the insurance business and continued to work in the Medicare health insurance industry until the time of his death.  He took great pride in his work and truly enjoyed the friends he made during his time in his business.  He was awarded the Chartered Life Underwriter (CLU) designation in 1966 and was also a member of the Society of Certified Senior Advisors (CSA).  He enjoyed gardening, bridge, crossword puzzles and was an avid Penn State football fan.  He was also active in the McCaskey High School Alumni group where he was the treasurer.  As a snowbird, Bill enjoyed time spent at The Villages attending interest groups for musical productions, bridge, square dancing, business networking and pool-side relaxing.  He is survived by sons, Timothy W. Pontz, husband of Mon-Fen Hong, of Seattle, WA and John D.Pontz of Columbia, MO, and one granddaughter, Madeleine J. Pontz.

Relatives and friends are respectfully invited to attend a Memorial Service honoring Bill’s life to be held at Highland Presbyterian Church, 500 E.Roseville Rd., Lancaster, PA on Tuesday, December 22, 2015 at 11:00 AM with the Rev. Dr. Ann Osborne officiating. Family will greet friends at the church on Tuesday, December 22 from 10:00 AM until the time of service.  Private interment will be held at the convenience of the family.  In lieu of flowers contributions may be made to the American Diabetes Association, P.O. Box 1154, Alexandria, VA 22312.

Offer Condolence for the family of William G. Pontz, Jr.