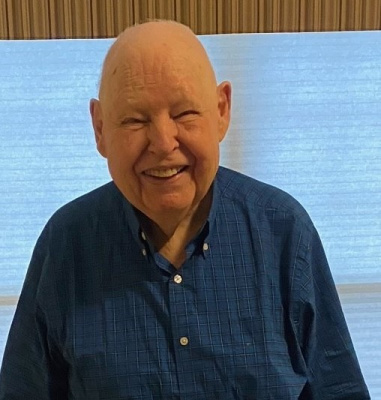 Bill Jarrett, 93, a resident of Willow Valley Lakes Retirement Community was called home to his eternal resting place with his Lord and Savior, Jesus on Saturday, August 7, 2021.  He joins his beloved wife of 57 years, Jan (Wilma Janette Amstutz Jarrett) who preceded him in 2012.

Bill was born in Raleigh, NC on September 28, 1927 and was raised in Richmond, VA where he graduated from John Marshall High School in 1944 at the age of 16.  Bill’s studies in engineering at Virginia Polytechnic Institute in 1944 were interrupted early in 1945 by Army engineer training and Army service until discharged in April 1947 after which he graduated from Virginia Tech (VPI) in June 1950 with a degree in Aeronautical Engineering.  Bill had a long and distinguished career with various DOD contractors and with IBM for 24 ½ years until retirement April 1, 1990.

Bill met Jan in 1953 while working at McDonnell Aircraft in St. Louis and they were married in Fort Wayne, IN on September 11, 1954 at St. Johns Evangelical and Reformed Church.

Interment will be in the future at Arlington National Cemetery.

Memorial gifts may be made to:

Offer Condolence for the family of William “Bill” Thomas Jarrett