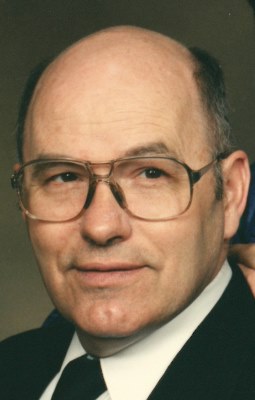 On Saturday, May 20, 2017 Pastor William “Bill” H. Schall entered into the presence of the Lord at 1:30 p.m. His suffering through an extended period of illness ended peacefully while he was surrounded by his loving wife, Rosalie K. (Kapustik) Schall and their children.

Bill was born January 7, 1939 in Swissvale, PA; son of the late William and Jean (Conlin) Schall. He completed his technical education as a tool-and-die maker and worked as a skilled craftsman with Oberg Manufacturing. He married his beloved wife Rosalie on July 2, 1960.

He served his country with the United States Army for three years as an E-5 Sergeant and then settled in southern Lancaster County, raising their four children. He attended Lancaster Bible College where he received a Bachelor of Science degree and continued his education at Calvary Baptist Theological Seminary in Lansdale, PA. He served as pastor of Antioch Baptist Church for 25 years.

Bill loved being a pastor and preaching the word of God. He was an avid reader and continued his education throughout his life. He was particularly interested in studying the history of the American Civil War. He was also an ardent hunter and fisherman.

In addition to his wife he is survived by three children: William Foster (Diane) Schall, and their son Seyed (Jordan) Mojtabaei; Andrew Harvey (Deanna) Schall and their children Kyle, Lucas and Jake; and Diane Kay (Robert) Blevins and their children, Adeline and Audree along with an adored pet dog, Patsy. He was predeceased by a daughter, Brenda Kay Schall.

Relatives and friends are respectfully invited to attend a funeral service in Millersville Bible Church, 1940 New Danville Pike, Lancaster, PA on Friday, May 26, 2017 at 11:00 a.m. Military honors will be accorded by the Red Rose Honor Guard.
The family will greet friends at the church, also on Friday from 9:30 a.m. until the time of service. Private interment will be at the convenience of the family.

In lieu of flowers, contributions in Bill’s memory may be sent to the Benevolent Care Fund of Calvary Homes; 502 Elizabeth Drive, Lancaster, PA 17601

Offer Condolence for the family of William “Bill” H. Schall