You are here: Home / Obituaries / William B. Todd, Jr. 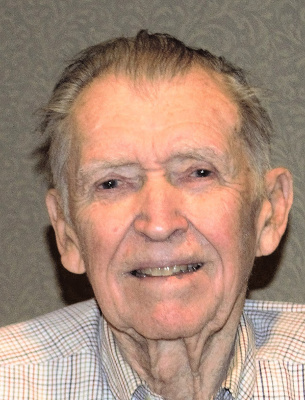 William B. Todd, Jr.  91, of Lancaster, passed away peacefully on June 11, 2020 in the Glen section of Willow Valley Communities surrounded by his family.  He was the loving husband of Patricia (Hand) Todd.  Born in the Olney section of Philadelphia, PA, he was the son of the late William B. Todd, Sr. and Ethel (Van Aken) Todd.

After graduating from Olney High School in 1946, he proudly served in the U.S. Army and was stationed with occupation forces in post-war Japan. After discharge, he attended Muhlenberg College and graduated in 1952 with a degree in physics.  Soon after graduation Bill was involved in nuclear physics research with the Bartol Research Foundation.  In the late 1950s he left active research and became involved in the sale of electronics and crystals for nuclear research and medical devices, retiring in 1992.

In his spare time and during retirement, Bill enjoyed traveling, planning and working on house projects, studying the Bible and visiting with friends.  He especially loved swimming and playing beach volleyball on the 37th St beach of Ocean City, New Jersey. Most of all, he enjoyed being with his wife, two sons and their families.

In addition to his wife Pat, he is survived by the Reverend James B. Todd (husband of Karen) of Lancaster, PA and William V. (Van) Todd of McLean, VA.   Also surviving are 5 grandchildren, Lauren E. Todd, Kristin M. Todd, Victoria T. Todd, William W. Todd and David A. Todd.

A Memorial Service will be held at a later date when convenient for the family. In lieu of flowers, contributions in his memory may be made to TMS Global, PO Box 936559, Atlanta, GA 31193-6559 or the Water Street Mission, 210 South Prince Street,
Lancaster, PA 17603.

Offer Condolence for the family of William B. Todd, Jr.