You are here: Home / Obituaries / William B. Mellinger 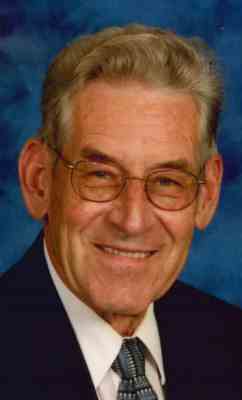 He was married 4 years to Evelyn Keeport Bomberger Mellinger.  His first wife, Rhoda Wiker Mellinger died in 2008.  Born in Willow Street, he was the son of the late C. Mervin and Fannie Burkhart Mellinger.

Willie was a co-owner of B. G. Mellinger and Sons, Inc. of Willow Street.  He was a graduate of Lampeter-Strasburg High School and a member of the Refton Brethren-In-Christ Church.  Willie lived a life which exemplified Christ-like humility, gentleness, generosity, and compassion. He kept himself very active with his love of family, friends, and the outdoors. He enjoyed gardening, riding motorcycle and spending time at the family cabin.

A Funeral Service will be held on Saturday, March 19, 2016 at 10:00 A.M. at the Refton Brethren-In-Christ Church, 110 Church Road, Refton, with Pastor Mike Anderson officiating.  Friends may call at the church on Friday evening from 6:00 to 8:00 P.M. and on Saturday from 9:00 A.M. until the time of the service.  Interment in the New Providence Mennonite Cemetery.  In lieu of flowers, contributions in Willie’s memory may be made to the Refton Brethren-In-Christ Missions Fund, 110 Church Road, P.O. Box 68, Refton, PA  17568.

Offer Condolence for the family of William B. Mellinger