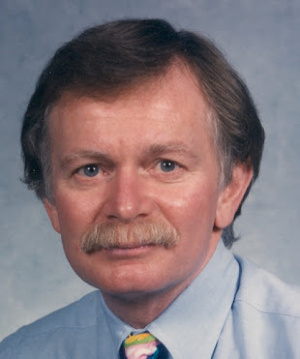 Warren Titcomb, 74, died on Saturday, June 13, 2020 after a long illness. Born in Portland, Maine, he was the son of Virginia and the late Warren Titcomb. Warren was the beloved husband of TJ (Teri) Titcomb. They married after a 7-week courtship and celebrated 50 years of marriage on April 21. It was the only impulsive thing Warren ever did but he said he never regretted it.

Warren graduated with a B.A. in Psychology from Miami University of Ohio in 1967 and was commissioned a second lieutenant in the United States Marine Corps. He served in Vietnam, including time at Khe Sanh during the 1968 Tet offensive. After his honorable discharge as a USMC Captain in 1971, Warren and TJ moved to Arizona. He completed his master’s degree in Counseling Psychology at Arizona State University. In their fifteen years in the Phoenix area, Warren worked as a mental health therapist and clinic director. He was a long-distance runner, braving the heat and sun to compete in 10K runs and marathons. Warren also began playing classical guitar and enjoyed his lessons with Miguel who regaled him with stories of his study under Segovia. Warren continued his love of making music throughout his life, although he rarely performed for any audience other than the family cat.

The Titcombs moved to Lancaster in 1986 after a two-year search for a new home. They chose Lancaster County for its quality of life, beautiful countryside, and relatively balanced four seasons. For the next thirty years, Warren helped thousands of individuals, couples and families as a therapist with Catholic Charities, the Lancaster Guidance Center, Family Service, and Wellspan Behavioral Health. He was widely known for his caring and innovative work, using cognitive behavioral approaches to help those with a dual diagnosis of major mental illness and substance abuse. Warren never met a “sick” person – he always looked for and found the goodness and potential of each individual.

Warren was an active member of First United Methodist Church in Lancaster, singing tenor in the Chancel Choir. He served on the Board of Allegro Orchestra Lancaster for twenty years and was a friendly presence, welcoming concert goers at the door.

Warren is survived by his wife TJ, mother, brothers Joel and Jason in Maine, and extended family. The family is deeply grateful for the loving and respectful care he received in his last week of life at the Hospice inpatient center in Mount Joy. At Warren’s request, there will be no service. He encourages friends to enjoy some great music, support a worthy cause, and think of him.

Offer Condolence for the family of Warren Titcomb