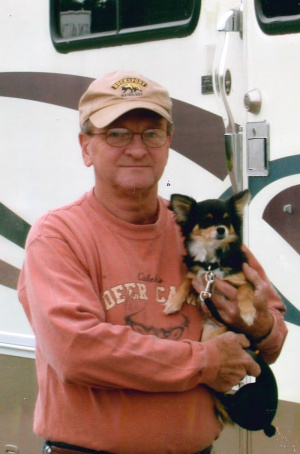 Born in Lancaster, he was the son of the late John E. and Blanche (Keller) Wickersham.  He was the loving husband of Carol N. (Boyer) Wickersham to whom he was married to for 56 years.

After graduating from J.P. McCaskey High School, Warren enlisted in the U.S. Army serving for 3 years.  He then worked at High Steel as a fabricator until his retirement in May, 2003.

He was an active member of Bethel Evangelical Congregational Church, Conestoga where he served as Chairman of the Spiritual Advisory Committee and a was a member of the Ministry Council.

In addition to his wife Carol, he is survived by his daughter, Sherry M. Wickersham, companion of Steve Cicero of Lancaster; his brother, John, husband of Sue Wickersham of Willow Street, along with his favorite dog and buddy “Rocky.”  He was predeceased by his sisters, Holly I. Warfel and Rosemary Reed.

Private interment in Conowingo Baptist Cemetery, Conowingo, MD will be at the convenience of the family.

In lieu of flowers, memorial contributions may be sent to Bethel E.C. Church at the address listed above.

Offer Condolence for the family of Warren S. Wickersham