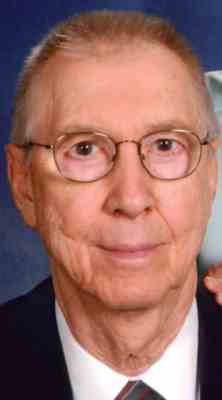 He was the husband of Marion (Hartman) Kempf for 64 years.   Born in Elizabeth, New Jersey, he was the son of the late Walter A. and Margaret (Hoerrner) Kempf.

During World War II, he honorably served his country in the Army Corp of Engineers, serving in the European Theater of Operations. He graduated in the Class of 1949 from Lafayette College in Easton PA with a Bachelor of Science degree in Mechanical Engineering. Walter worked for 37 years as an engineer and in management for Hamilton Watch Company and successor companies, retiring in 1988. During his career, he was awarded five U.S. patents for parts for the Hamilton Electric Watch, and was a lifetime member of the American Society for Metals and the American Society of Mechanical Engineers.

A Memorial Service will be held at Brethren Village, 3001 Lititz Pike, Lancaster, on Saturday, August 1, 2015 at 2:00 P.M. with the Rev. Dr. Donald W. Hackett officiating. The family will greet friends following the service. Military Honors will be accorded by the Red Rose Veteran’s Honor Guard. In lieu of flowers, contributions may be made to the Pastor’s Discretionary Fund at First Presbyterian Church of Lancaster, 140 E Orange St., Lancaster PA 17602, or to the Resident’s Benevolent Appeal at Brethren Village 3001 Lititz Pike, Lancaster PA, 17606.

Offer Condolence for the family of Walter R. Kempf