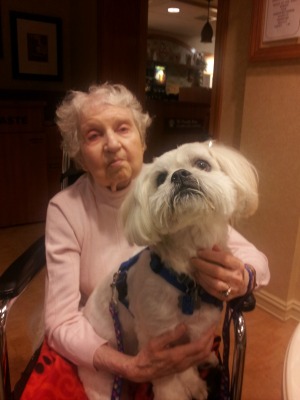 Virginia Ray (“Tippy”) Lunt, 95, passed away on January 27 at the Mennonite Home in Lancaster. She was married to the late Reginald F. Lunt, who preceded her in death in 2002. She was born in Harrisburg, the daughter of Arthur Raymond and Charlotte Virginia (Smith) Long. February 3 would have been her 96th birthday.

Tippy graduated from William Penn High School in Harrisburg, and was a graduate of Central Penn Business College. During World War II, she worked at Central Penn Phone Company, where she stayed for six years. She worked for Ophthalmologist Dr. Dale Posey as an assistant for 19 years. After retiring, she worked for ten years for Meals on Wheels, delivering meals to clients each day.

Tippy loved singing, listening to music, and reading. She had a great fondness for cats, especially her pet, Samantha. She delighted in pet therapy visitors and was most fond of Suzy and Chippy.

She is survived by her two closest friends, Elizabeth Ann Walker of Lititz, and Janice L. Southwick of Akron.

A memorial service is planned for Saturday, February 3, at 11:00 AM at the First Presbyterian Church, 140 East Orange Street, Lancaster.

Offer Condolence for the family of Virginia Ray (“Tippy”) Lunt