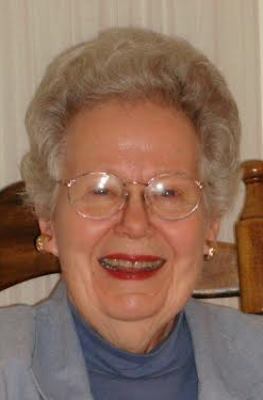 Virginia “Gence” House Haught of Lancaster passed away Tuesday, August 25, 2015 after an extended struggle with Parkinson’s disease and dementia. She was 85 years old.

Virginia was born on February 4, 1930 in Versailles, Kentucky. She was the daughter of Clifford R. House, Jr. and Irene Smith House of Louisville, Kentucky and devoted her life to her family, caring for her husband of 47 years, and raising two children and two grandchildren.

The daughter of a college professor, Virginia grew up in Kentucky, Virginia, and West Virginia. On June 6, 1953 she married “the boy next door,” Daniel DeForest Haught, son of Cleo DeForest Haught and Bessie Bonnilyn Bell in Fairmont, West Virginia. Virginia was a graduate of Fairmont State College and a former member of the American Association University of Women.

Virginia is survived by her son, David DeForest Haught and wife Linda of Manassas, VA; grandson Derek Black of Lebanon, PA; granddaughter Alicia I. Black of Lancaster; great grandson Deyshan Black of Lancaster; and brother Clifford R. House III of Naples, FL. Virginia was predeceased by her husband in 2000 and daughter Jennifer Ann Connelly in 2010.

Family and friends are invited to visit and celebrate Virginia’s life on Saturday, September 19th between 3:00 and 5:00 PM at the Debord Snyder Funeral Home, 141 East Orange St, Lancaster, PA. Virginia will be interred with her husband and other family members at the Highland Cemetery, Fort Mitchell, KY. In lieu of flowers, memorials in honor of Virginia may be sent to The Mennonite Home, ATTN: Development Office, 2001 Harrisburg Pike, Lancaster, PA 17601 or to Hospice and Community Care, 685 Good Drive, P.O. Box 4125, Lancaster, PA 17604-4125.

Offer Condolence for the family of Virginia “Gence” House Haught