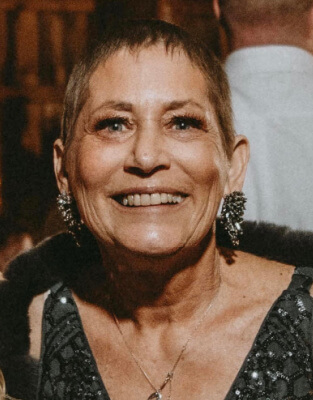 Valerie Lynn Beard, 58, of Lancaster, went to be with her Heavenly Father on September 19th, 2020 after a heroic battle with pancreatic cancer. Born in Lancaster, PA, she was the daughter of the late William and Carol (Sellers) Heisey.

She is survived by her children, Katie Cloud (Scott) and Ryan Beard, and the love of her life, James (Jim) Vollrath.  Also surviving is her brother, Dale Heisey, stepsister Elizabeth Witmer, bonus daughters and sharing Jim’s granddaughters, Kaden and Sophia, and many cherished cousins, nieces, nephews, and friends. In addition to her parents, she was preceded in death by her “heart dog”, a rescued yellow Labrador retriever named Chase.

Val spent much of her career as a cosmetologist, but her true passion was caregiving. She was a very patriotic woman and was the former ‘First Lady’ of the Pennsylvania American Legion. Her favorite things included spending time with her children, going to church, socializing with her besties, and spending time at the river with Jim.

A celebration of life ceremony for family and friends will be held at a later date.

Offer Condolence for the family of Valerie Lynn Beard