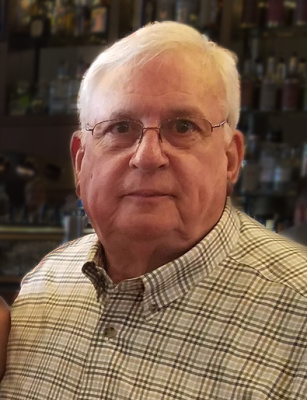 Thomas F. Weiss, age 82 of Lancaster passed away at home on November 19, 2021 surrounded by family members.

Born in Lancaster, PA he was the son of Joseph D. and Barbara Roth Weiss.

He is survived by his wife, Jacquelyn A. Wade Weiss; his children, Debra A. Fausey (wife of Kevin R.), Tamara W. Engel (wife of Kurt R.), Thomas F. Jr., and Erik J. (husband of A. Susanne); a brother, Joseph D. (husband of Mary Anne), sisters, Barbara “Betty” Bertz (wife of John), and Shirley Tennis (wife of Charlie); 9 grandchildren, 4 great-grandchildren and nieces and nephews.

Tom was the previous owner of Weiss Cleaners and served his customers faithfully for 60 years. He was a communicant of St. Leo the Great Catholic Church. He was very active in the community and served as Deputy Sheriff for 20 years, was the treasurer for the Lancaster County Sheriffs Association for 10 years, he was the President of the Strasburg Sportsman’s Club, and was a Hunter Safety Facilitator for 10 years. Tom was also involved with the Lancaster County Sportsmen for Youth for 15 years.

Tom loved spending time with his family at his cabin in Perry County since 1956. He enjoyed the outdoors and all the activities it allowed including hunting which was one of his greatest joys. He was an avid NASCAR fan, and supported Penn State Sports and cheered for the Yankees.

Relatives and friends are respectfully invited to attend a visitation on Tuesday, November 30, 2021 from 9:30 am until 10:45 am at St. Leo the Great Catholic Church, 2427 Marietta Avenue, Lancaster, PA 17601 where a Mass of the Resurrection will be celebrated at 11 am. Private Final Commendation for the family will follow the Mass at St. Joseph’s New Catholic Cemetery, Bausman.

Offer Condolence for the family of Thomas F. Weiss