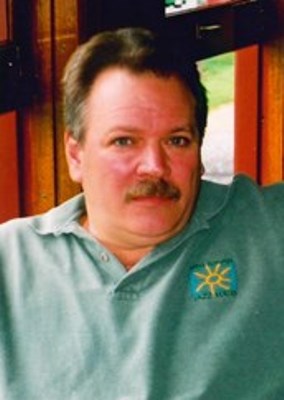 On January 25, 2017,  Thomas E. Shenk peacefully left this earthly plane to ascend back to the stars. He fought a courageous battle with cancer with his amazing strength, dignity, and will to live.

He leaves behind his loving wife Celeste of 27 years.

In his travels throughout his short but full life he made so many friends, too numerous to count. He traveled the United States, Canada and Ireland. He lived in Venezuela, Florida and Philadelphia. His favorite vacation spot was Sea Isle City NJ every September.  He loved the Lobster House in Cape May and shopping in Stone Harbor for Tommy Bahama Clothing.

Earlier in life he attended McCaskey High. He then worked road construction with McMinns Asphalt then  went into car sales, selling Hondas in Florida, Philadelphia and Jones of Lancaster and Toyota and Mazda.  Tom then had his own pressure washing business, Under Pressure Inc. for 26 years until his retirement in 2015 due to his illness.

Tom and Celeste had an enduring love for Maine Coon Cats. They raised several and leaves behind six who will miss him dearly. He also had a love for cars and bragged how he owned 36 cars in his lifetime. His last obsession was BMW’s; you never knew when he was coming home with a new one.

Other than his wife and animals he leaves behind his baby brother Bobby and his wife Heather of Palm Harbor Florida,  his sister Shirley and her husband Todd of Reading  PA.  and many  nieces and nephews and one great nephew. He is preceded in death by his parents Robert and Dolly Shenk and a sister Sally.

“Tom, you were everything to me. You provided for everyone and people just gravitated to you because of your strength, your advice, and your hospitality. You were quite the entertainer in your Eagles and Packers Sports Bar in the basement. You followed and idolized the late great Vince Lombardi, studying what it takes to be number one. You were a leader not a follower and lived your life your way as Frank Sinatra.

Fly upward my love for I will meet you on the other side someday along with our beautiful cats, family and friends. Until then I love you forever, your shining star Celeste.

I would like to thank the staff and oncologists at Keystone Cancer along with Hospice and nurses at Lancaster Regional Hospital for the wonderful care and support for us both.

To honor Tom’s life, please make a donation to your local animal shelter.

Offer Condolence for the family of Thomas E. Shenk