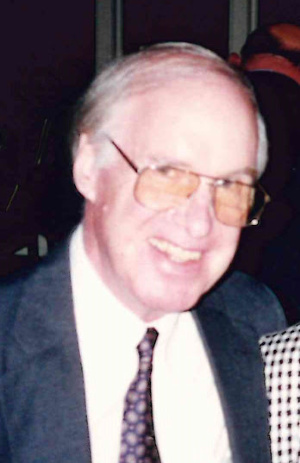 With family by his side, Thomas E. Hammer, 84, of Columbia, PA, passed away on Saturday, August 31, 2019 at St. Anne’s Retirement Community.

Born and raised in Lancaster, he was the son of the late T. Eugene and Marie (Hastings) Hammer. He was the husband of the late Emma J. (Sigafoos) Hammer whom he married in 1958.

Tom was a graduate of Manheim Township High School with the class of 1953. While in high school, he enjoyed playing varsity football. After high school, Tom attended Franklin & Marshall College, where he majored in business economics.

Upon graduation, he enlisted into the U.S. Marine Corps. He was stationed at El Toro Air Station in Santa Ana, CA. While there, he and Emma developed a great love for the beaches of the golden state and returned to them many times as a couple and with the family over the years.

After being honorably discharged with the rank of Captain from the Marines, he began a career in food sales. He became a regional sales associate for Musselman’s Foods. For a time, he relocated his family to Dallas, TX where he could be closer to the territory he serviced. Eventually moving the family back to Lancaster, he retired from his position in 1972.

Tom enjoyed traveling. He liked building and collecting WWII airplane models. He was an avid reader of novels and various true accounts about WWII. His love for the game of football remained constant all his life with special interest in the Penn State and Philadelphia Eagles teams.

Tom is survived by his daughter, Jean M. Hammer of Lancaster and his son, Robert L. Hammer of Wrightsville.

A special thank you from the family to the entire staff of St. Anne’s Retirement Community for their love, support, and caring for Tom Hammer during his eight year stay there.

Relatives and friends are respectfully invited to attend a memorial service at DeBord Snyder Funeral Home, 141 E. Orange St., Lancaster, PA, on Saturday, September 7, 2019 at 11:00 AM with the Rev. Stephen Verkouw officiating. The family will greet friends from 10:00 AM until the time of service. Interment will be private at the convenience of the family.

Offer Condolence for the family of Thomas E. Hammer