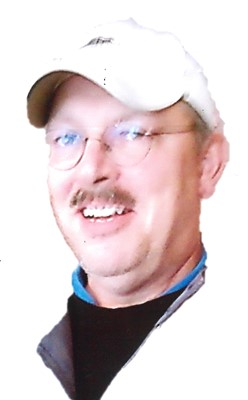 Thomas Coburn Atkins, Jr., known to his family and friends as “Coby,” passed away on October 5, 2016 at his home in Lancaster after a long battle with cancer.

Born in Lancaster on August 14, 1953, he was the son of Thomas C. and Margaret B. “Peggy” Atkins and father of Christine M. McGaw and grandfather to Colin R. McGaw.

From Manheim Twp. High School, he entered the field of landscaping, working for Erb Bros., Inc., Princeton Nurseries, Evergreen Nurseries and Landscapes Unlimited.  He most recently worked for Manheim Twp. Parks and Recreation.

Coby’s lifelong passion was the sport of Pocket Billiards.  Opening the Diamond Billiard Room in 1993 was a dream come true.  There, he established a comfortable, safe place for pool players of all ages. Tournaments and special events at The Room often benefitted needy programs, with his spirit of helping others as he had been helped.  Founding the area’s Billiard Congress of America 8-ball League and their work in local fundraising for the Community Action Program’s Shelter for Abused Women with Children, the Homeless Women’s Shelter and Make a Wish were among his outreach programs along with guiding hundreds of local players toward National and State competitions.

On the 4 ½ x 9 Big Table, he was long regarded as one of the best Straight Pool players ever in Lancaster County, having won the Lancaster County Straight Pool Championship twice, having a personal best Hi-Run of 140 balls and having once run exactly 100 balls during a match.  In 2006 he won the Triple Crown of sorts for Lancaster County, winning Hi-Average in the Southern End League, the Thursday City League and the APA MVP.  Among pool players, he was called “Cobra.”

The outdoors, nature and animals were favorites along with watching baseball and football, playing cards and board games.  His devoted companion, “Rocky,” a Boxer mix, accompanied him on long daily walks and rides.  He spent many happy hours at the Elks Club and Riverside Club.

He is survived by his parents, Tom and Peggy, daughter, Christine, son-in-law, Phil McGaw and grandson, Colin.

A private memorial service will be held at the convenience of the family.

Offer Condolence for the family of Thomas Coburn Atkins, Jr.