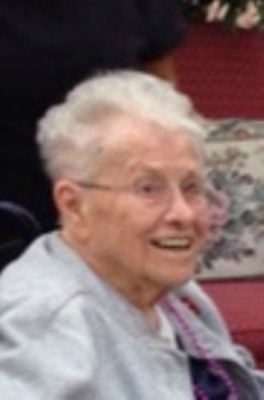 She was the loving wife of the late Robert L. Kenna.

She is survived by two daughters, Joan wife of Herbert Zinszer, and Gene Blefko.  Also surviving are four grandchildren and two great grandchildren.

Offer Condolence for the family of Thelma P. Kenna