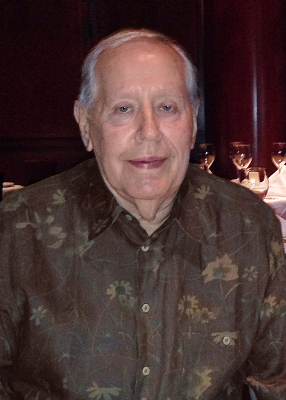 Terry Michael Sherman, 82, of Lancaster went home to be with his Lord and Savior Jesus Christ on Thursday, August 10, 2017. For almost 60 years Terry was a devoted husband to Norma Frey Sherman who survives him.

Terry was a loving father, husband, and entrepreneur. A mechanical engineer at heart, he was adept at designing and building, and was always intrigued by the way things worked. Other than his family perhaps his greatest achievement was Adhesive Mixing Equipment, a small business manufacturing company that he started with his father Robert, and ultimately ran with Norma until their retirement in 2005.

He was born in Decatur Illinois on June 1, 1935, the son of the late Robert and Gertrude Henton Sherman of Lancaster, PA. Terry moved with his family to Lancaster when he was a senior in high school. It was during his senior year at West Lampeter High School that he met his true love and future wife Norma Frey. They were married on March 1, 1958, and were blessed with two daughters, Leslie Sherman of Naples FL and Lynn Sherman Frick of Lancaster.

His grandsons Jordan and Carson Frick were the love of his life. In addition to his wife, daughters, and grandsons, he is survived by his much loved son-in-law, Todd Frick of Lancaster. Also surviving are sister Karen Sherman Yoon and husband Chan, and brother Ron Sherman.

Terry served his country in the Army Reserves. He was and Norma still is an active member of LCBC. Terry & Norma loved to deliver cookies to prospective new members of the church, an activity dubbed “The Cookie Ministry”. Creative, loving, a perfectionist, and animal lover with a huge heart, in his final year, he struggled with health issues which ultimately claimed his life.

Offer Condolence for the family of Terry M. Sherman