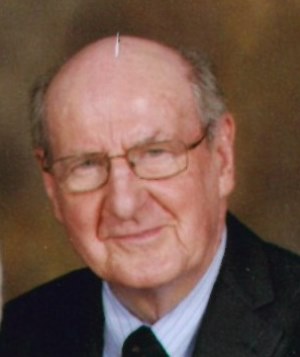 T. Milton Herbert, 91, of Lancaster, died on Wednesday, September 2, 2015 at the Mennonite Home. He was the loving husband of Marjorie (Vatter) Herbert.

Born in Fawn Grove, PA, he was the son of the late W.I. and Ida (Channel) Herbert.

He proudly served in the U.S. Army during WWII in the Philippines Islands and Okinawa. He was a recipient of the Purple Heart Medal for injuries received in battle.

After graduating with his Bachelor of Science Degree, from Western Maryland College (now McDaniel College)  he went on to work as a claims adjuster for the Educators Insurance Company.

In his spare time he enjoyed playing sports including golf and bowling. He also liked to read, and play bridge.

He was an active member of Pearl Street United Methodist Church for over 50 years, as treasurer, choir member and other key positions.

He was predeceased by his first wife Sara A. Herbert who died in 2009, and a brother Joseph I. Herbert of Fawn Grove, PA.

Relatives and friends are respectfully invited to attend a Memorial Service at Pearl Street United Methodist Church, 133 Pearl Street, Lancaster, PA, 17603, on Sunday, September 6, 2015 at 2:00 PM with Pastor Geoffrey L. Davis officiating.  The family will have an informal visitation following the service.  Interment will be at the convenience of the family.

In lieu of flowers, contributions in Mr. Herbert’s memory may be made to Pearl Street United Methodist Church at the address listed above.

Offer Condolence for the family of T. Milton Herbert