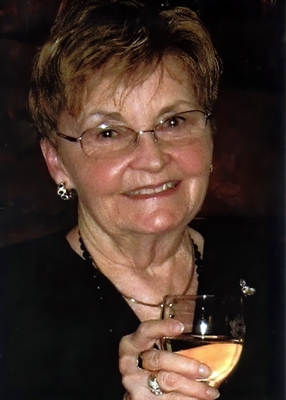 Susan S. Vogel, 80 of Lititz passed away on Thursday, June 20, 2019 at Brethren Village after a lengthy illness.  She was preceded in death by her father Charles Henry Sunderland and mother, Eleanor Quinn Sunderland.  She is survived by her loving husband, Jack R. Vogel, 3 sons Richard (wife Sarah) of Coronado, CA, James (wife Colleen) of Lancaster, PA and Stephen (wife Lesley) of Westminster, MD and 8 grandchildren (Emily, Heather, Kate, Tyler, Dylan, John, Jaden and Zachary) and 2 nephews Jeff Banta, John Banta and a niece BB Webb (all of Bozeman, MT).

Born in Cincinnati, Ohio on September 9, 1938, Susan was ready to shine, and to this day, not much had changed.  While growing up in Pittsburgh, Pennsylvania, Sue’s stunning combination of brains, beauty, and wit, along with her thirst for adventure was enough to command the attention of the entire tri-state area. By day, Sue was often found organizing parties and planning events for her friends, an activity she greatly enjoyed through-out her life. Above all, however, Sue’s kind-hearted soul and charismatic spirit were what really set her apart from her classmates. Not to mention her amazing leadership skills and “go-getter” attitude- which guaranteed her a spot to achieving anything she set her mind to. Including becoming the first female student body president at a high school in Pittsburgh. Unsurprisingly, Sue’s popularity and tenacity didn’t stop there.

When Sue left for college, she was sure to bring her self-confidence, compassion, and ambition with her. Sue graduated from Penn State University and continued to be an avid Nittany Lion fan throughout her life. Not just because Sue always looked fabulous in blue and white and loved football, but also because Penn State was where she met so many lifelong friends including her Kappa Kappa Gamma sorority sisters and soul mate, Jack Vogel. Sue was immediately attracted to Jack’s Frat-Star looks and the fact that he was much older. The two fell in love and got married soon after Sue’s college graduation.

Sue and Jack settled in Lancaster, Pennsylvania where Sue gave birth to three 3 very handsome yet very wild and rambunctious boys who became successful. While other wives and mothers during this time were focused on homemaking and looking after the children- Sue knew that she was destined for more.

After pursuing a career as a teacher for four years, Sue landed her dream job working as the Public Relations Director for Gimbels, a high-end department store. During her time at Gimbels Sue produced fashion shows, entertained visiting celebrities and brought new ideas to the marketplace- she was doing things in the corporate world before other women had even attempted to. After Gimbels she took her talents to Litton, Inc. where she introduced a new technology in cooking, microwave ovens.  Then on to G.E. Richards and Savin office equipment where she was their first woman sales person in the nation.  Sue ended her career working alongside her husband Jack at Conestoga Tile, as their Vice President- where she continued to make a name for herself as a powerful businesswoman.  In fact, Susan was the first female president of the local chapter of Construction Specification Institute (CSI) while at Conestoga Tile.  Because of this, Sue set the stage for generations to come- and especially for her grandchildren.

When not working, Susan enjoyed entertaining, gardening, socializing and being the proud grandmother of eight fantastic grandchildren. And, according to a very famous, very reliable source, who chooses to remain anonymous, Sue’s Grandchildren are “The coolest, best looking, most talented, group of geniuses you will ever meet in the whole world.” The geniuses loved spending time with their Grandmother, who would often be found taking them on a wild adventure, buying them things their parents wouldn’t approve of, or just sitting around and visiting- everyone knew it’s always a fun time with Grandma Vogel.

There is no doubt that Sue has been the best role model, hero, daughter, friend, wife, mother, mother-in-law, grandmother and ultimately…The “Greatest Woman” of them All.  She will be dearly missed by all to whom she touched over the many wonderful years of her life.

Offer Condolence for the family of Susan S. Vogel