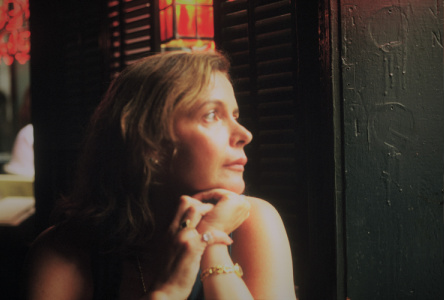 Susan Carol Wittmaier, 71, died unexpectedly but peacefully Sunday, July 18.  Coping with orthopedic and infection problems for 19 years finally overwhelmed her zest for life, gentle nature and abundant warmth.  Acceptance radiated from her.  She had a mind of her own and was no pushover, but her father often told her that her compassion for all living things would bring her pain.  She came to see her pain as a sign of her caring.

Her parents, Carl and Helen Propst, her brother, Paul, a beloved Aunt Laritha, and a beloved cousin, Maggie Tarrant predeceased her.

Her husband, Dr. Bruce Wittmaier and her daughter, Beth Ann Bakken, survive as does our dog, Daisy, and a clowder of cats. She was deeply attracted to animals, loved horses and rode them in her earlier years. She enjoyed talking to animals from deer and bear in the wild to tigers in the zoo. It was a sight to behold.

She loved walking in the mountains of West Virginia, the homeland of her father. She spent many summers and other times of the year on Aunt Laritha’s farm. While driving from the nearest town of any substance we stopped to look more closely at an abandoned church somewhat buried in the brush. Susan remembered going to that church during some of her West Virginia summers. Susan loved connecting with people and missed that painfully as her movement limitations increased. She was able to maintain a positive outlook (she’s a self-described Pollyanna), but her conditions wore her down.

Throughout her life she enjoyed reading, gardening, cooking, children, music, and overnight railroad trips. One evening we went to hear the Philadelphia Orchestra in the Harrisburg Forum. We were in the front row. A violinist and cellist caught Susan’s eye and began talking to us, telling us a couple of things to note and generally being social. She had that impact on people.

Susan was born at Lancaster General Hospital and spent her early years in Homeville, PA. The family moved to Oxford where Susan graduated from Oxford High School, earning recognition for good grades and musical ability. She starred in student productions of Broadway musicals, played in the band and sang to regional acclaim. She started college at West Chester, transferred to Lincoln University majoring in vocal performance and piano. On tour with the choir, she had a solo in a performance at Carnegie Hall, New York City. She had some professional engagements in the Chester County area. Her repertoire include pop music, standards, pieces from musicals and light jazz.

In more recent years, she often sang around the house, pleasing both animal and human occupants. The week culminating in her death included some singing.

Some years ago she was feeding a pregnant stray cat who arrived at our door. The animal network likely spread the news that a soft-touch human lived there. One day as the stray walked away, she stopped and looked back at Susan. That was all the encouragement Susan needed to follow. The cat led her to a window well at an unoccupied house. It was obvious the cat slept there. When the cat did not show up for food the next day, Susan checked out the window-well. There was mom and five newborns. They all ended up in our house. Three of the kittens went to family and friends. Three stayed with us. Katy, the mom, became my lap cat. Indy, a beautiful Calico, was Susan’s constant companion for seventeen years.

We managed to keep Susan from feeding the troop of raccoons who visited our deck several times.

Susan was a faithful Christian all her life. She knew many hymns and could sing them at a moment’s notice. Two of her favorites were: “The Old, Rugged Cross” (she remembered singing it as a child with her father), and “Amazing Grace.” She sang in several churches, played organ and piano and could ask probing theological questions. The arms of God lifted her gently into the Church Eternal. She might have asked God a question or two. We’ll hear her singing in the choir.

While Susan loves yellow flowers, she would appreciate greatly if contributions were made in her name to the Lancaster Humane League or to the Cat center of your choice.

A Memorial Service is planned for Saturday, August 14, 2021 at 11 AM at First Presbyterian Church, 140 E. Orange St. Lancaster.

Offer Condolence for the family of Susan Carol Wittmaier