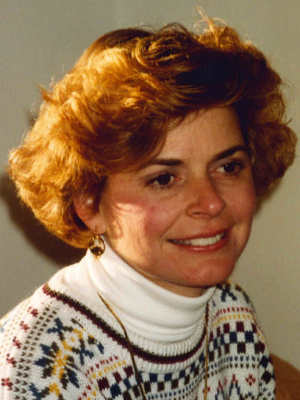 After high school, Sue attended Wesley College and received an Associate of Arts Degree in 1975. She then moved to Pittsburgh to live with her sister and brother-in-law (Dianne and Paul Arendt) and her brand new niece, Kiersten. Sue worked part-time at the University of Pittsburgh until she secured a position with Reliance Insurance Company a year later and moved to Norristown, Pa.

While working for Reliance she met many people who became dear lifelong friends. Sue’s career with Reliance was from 1976-1995. On December 31,1994 Sue married Charles Line in Valley Forge, PA. The birth of their son, Chase Skylar Line, fulfilled Sue’s wonderful dream of being a mom. She felt joy and pride in his sports activities and graduation from Penn State. He was truly the light of her life. She became a stay-at-home mom, working many part time jobs, taking care of other children in her home, as well as a part-time position with Konell Insurance Company in Valley Forge, where she resided for many years. Sue loved children and also held numerous positions in preschools and daycares in the area during the years her son was in school.

Four years ago Sue moved back to Lancaster to reunite with favorite friends like Patty (Brandt) Smith and Becky (Barton) Friedrich. She enjoyed being in a book club with them. She also wanted to live closer to her sister-in-law, Luci Steele.
Sue attended Calvary Church where she helped in the nursery and attended a Bible study. She grew up at Grandview United Methodist.

On October 28, Sue passed away leaving a huge hole in many hearts. She had been diagnosed with advanced ovarian cancer a month prior to her death.

She was preceded in death by her brother, Donald Steele, and her parents, Dr. Merton Steele and Anne Gilbert Steele. Sue is survived by her son, Chase Skylar Line (Philadelphia),her sister, Dianne (Steele) Arendt and brother-in law, Dr. Paul Arendt (Littleton, CO), her sister-in-law, Luci Steele, (Lancaster),nieces, Heather (Steele) Kirkham (Chicago, IL), Kiersten (Arendt) Martinez and Lindsay (Arendt) Krause (both from Littleton CO) nephew, Zachary Arendt (Littleton, CO)
There will be a “Celebration of Life” service at Grandview United Methodist Church, 888 Pleasure Road, Lancaster on Saturday, November 9, with visitation at 10:00 a.m. and the service at 11:00 a.m. Memorial donations can be made to Stepping Stone Communities in CO (steppingstonecommunities.org), housing for adults with disabilities or to the Silent Samaritan Fund (Samaritan Counseling Center, Lancaster). Interment will take place at New London Cemetery where she will rest in peace with her beloved brother, Don, and her parents.

Offer Condolence for the family of Susan C. Line