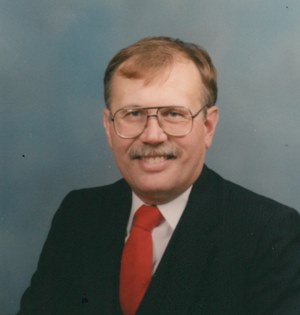 Stephen E. Ruth passed to the Church Triumphant on August 31, 2018, at age 71.  His unexpected demise at the Lancaster General Hospital resulted from a coronary embolism, and subsequent sepsis affecting his organs.

Born on August 21, 1947, Stephen was the only child of the late Elwood F. Ruth and Mary Jane Roth Ruth.  A graduate of J.P. McCaskey High School class of 1965, Stephen received an Associate’s degree in Psychology from York College of Pennsylvania in 1967 and a B.S. degree from West Virginia University in political science in 1969.  In 1990 he was awarded a paralegal certificate from Penn State University.

Throughout his high school years, he was a conscientious paper boy delivering the editions of the Lancaster Newspapers.  Following his graduation from college, Stephen was employed by Equifax Services from 1970-1982, after which he was employed part time by the U.S. Postal Department on rural deliveries.  In 1984 he joined the J.C. Ehrlich Company, providing advice and serving in sales to customers with insect infestations.  Upon retirement, Stephen enjoyed a brief period of employment at Stauffers of Kissel Hill/Rohrerstown doing a variety of duties.  His final position was serving as bailiff in the Lancaster County Court of Common Pleas, where he was employed until his death.

He is survived by his wife of thirty-five years, the Rev. Mary-Margaret Overly Ruth, and a brother-in-law, William R. Overly of Lancaster, in addition to a number of cousins.

A former member of St. Matthew Lutheran Church, Lancaster, Stephen joined Zion Evangelical Lutheran Church, East Petersburg, in 2006 when his wife was ordained and called to serve that congregation.  In his twelve years as a member of Zion, Steve was very active as a lector, an usher, and a member of the Property Committee.

Strongly committed to helping others, Stephen served dinners each Monday at the Zion Community Meals Program, and was a member of the Relay for Life Program of the American Cancer Society, in which projects he volunteered frequently.  In past years, Stephen had served as Vice-President, then President of Contact of Lancaster.

Stephen was very interested in the life and theology of Martin Luther and for many years he and his wife portrayed Martin and Katie Luther for church and socialgroups.  Other interests included his love of West Virginia University football, of theatre and of travel.

An avid reader, Stephen was interested in politics and the political systems, and volunteered as available to serve his party.  He was Volunteer Regional Membership Coordinator for Common Cause, from 1975-1979, and served as Democratic Committeeperson in Manheim Township.  He was recognized recently for 50 consecutive years of a perfect voting record.  He enjoyed walking and fitness programs.

The family of Stephen wishes to express heartfelt appreciation to the entire medical staff of the Lancaster General Hospital Emergency and Intensive Care Units for the round-the clock care given to Stephen in his last days.

Relatives and friends are respectfully invited to attend a Celebration of Life Worship Service at Zion Evangelical Lutheran Church, Broad and Lemon Streets, East Petersburg, PA on Saturday, September 8, 2018 at 11:00 a.m. with the Rev. Margaret Kassees officiating.  Friends may call at the church on Saturday from 10:00 a.m. until the time of service.

Offer Condolence for the family of Stephen E. Ruth