You are here: Home / Obituaries / Stephen A. French 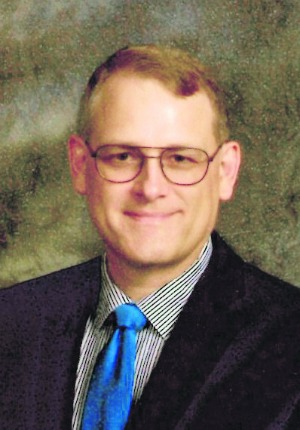 Stephen A. French, 58, of Lancaster, PA, passed away April 25th, 2017 at home with his family. He is survived by his beloved wife, Rosemary, who would have celebrated 34 years of marriage together on April 30th. He is also survived by his daughter Rachel Beckley and son-in-law Tim Beckley of Mountville, and daughter Elizabeth French of Lancaster. Other survivors include: sister Pamela Hanson and brother-in-law Carl Hanson of Grantham, NH; and his aunt Jean Vankin of Williamstown, MA Stephen was born in Bristol, CT to the late William French and Sylvia French, a resident of Lititz, PA. Stephen was most recently employed by Philips Healthcare, NA preceded by Wellspan Health, York, PA. A devoted member of Westminster Presbyterian Church, Stephen taught Sunday School and served as a Deacon dutifully for many years. Stephen loved spending time with his family, including his beloved Rhodesian Ridgeback, Zoey and cat Teddy. His devotion to his family and his firm faith in the Lord supported him in his health crisis and ultimately gave him peace. All are welcome to attend a Memorial Service at Westminster Presbyterian Church, 2151 Oregon Pike, Lancaster, PA 17601 on Saturday, May 6th at 11:00 AM. A visitation with the family will take place before the service at 10 AM. Burial will be private. In lieu of flowers, contributions in Stephen’s memory may be made to the Westminster Presbyterian Benevolence Fund, 2151 Oregon Pike.

Offer Condolence for the family of Stephen A. French