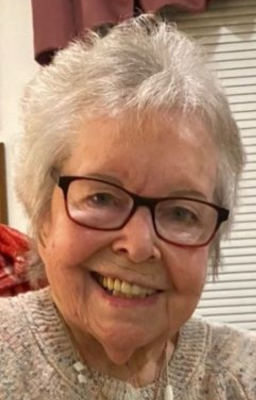 Sophia T. Miller, 86, formerly of Elizabethtown, passed away on January 13th, 2022 at Country Meadows Retirement Community in Hershey, PA. She was the loving wife of the late Raymond Charles Terry who passed away in 1982 as well as her second husband, the late Louis D. Miller who preceded her in death in 2015.
Born in Marion, VA, she was the daughter of the late John A. and Pearl (Moxley) Ridings.
She spent much of her professional career as a Doneckers salesclerk, and librarian assistant. During her early career she was a secretary and model at Berkshire Knitting Mills, Wyomissing, Pa.
In her spare time, she enjoyed sewing, knitting, playing bridge, dominoes and Mahjong.
Sophia is survived by a daughter, Debra A. Terry of Brewster, MA; two stepsons, Jeffrey Miller (husband of Aliza) of Colleyville, TX and their children, Rhys, Ian and Tess and Douglas Miller (husband of Ruby) of Greensboro, NC and their children, Kaeli and Kyle.
A Graveside service will be held Tuesday, January 18, 2022 at 9:30 AM at Indiantown Gap National Cemetery. In lieu of flowers, contributions in her memory may be made to: American Heart Association. To leave an online condolence for the family, please visit: www.DeBordSnyder.com

Offer Condolence for the family of Sophia T. Miller