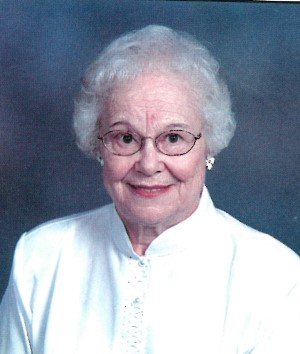 Shirley T. McCreary, 96, of Lancaster, passed away on February 1, 2018 at the Mennonite Home.  She was the wife of the late Willard E. McCreary to whom she was married for 54 years prior to his death in 1999.

Born in Roanoke, VA, she was the daughter of the late William D. and Elizabeth M. (Flora) Trout.

After receiving her Bachelor’s Degree in 1944 from Radford State College, Shirley spent the early years of her career as a school teacher followed by dedicating herself as a homemaker to her loving family.

In her spare time, she enjoyed gardening, cooking, spending time with friends and family and later volunteering at Cornwall Manor and for Meals on Wheels.  She also enjoyed traveling with her late husband Willard to Europe, Africa, the islands, and throughout the USA and Canada.

As a member of First United Methodist Church for 65 years she served in many capacities.

She was a 67-year member of Pennsylvania’s State Chapter of P.E.O Sisterhood

She is survived by her daughter-in-law, Donna J. McCreary of Harrisburg, PA, brother-in-law, Roy Lee Forbes of Roanoke, VA and many nieces, nephews and their families.

In addition to her husband and parents, she was predeceased by her sons, Charles W. and Philip L. McCreary, and sisters, Doris L. Peters, Flora Lee Forbes, and Mildred Trout and brother-in-law, Ira B. Peters.

Relatives and friends are invited to attend a Memorial Service at First United Methodist Church, 29 E Walnut St, Lancaster, PA 17602 on Wednesday, February 7, 2018 at 11:00 am.  A visitation will be held from 10:00 am until the time of service.  Interment will follow in Millersville Mennonite Cemetery.  In lieu of flowers, contributions may be made to Hospice and Community Care, 685 Good Drive, P.O. Box 4125, Lancaster, PA  17604-4125 or to American Heart Association, 610 Community Way, Lancaster, PA 17603.  To leave an online condolence please visit: www.DeBordSnyder.com

Offer Condolence for the family of Shirley T. McCreary