You are here: Home / Obituaries / Shirley A. Killian 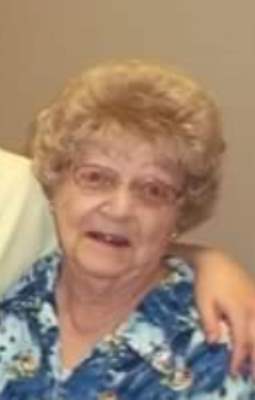 Shirley known as “Nanny” was a homemaker who enjoyed cooking and baking.  She was well known for her pumpkin pies and peanut butter eggs.  A second mom to many, everyone knew that she always had a supply of M&M’s at her home.  If she wasn’t home she most likely would be found at Weis or K-mart or the local restaurants. She loved watching Game Shows on cable channel 64.

Surviving are four daughters, Brenda E. wife of James R. Newcomer of Manheim, Phyllis E. Moore of Columbia, Jean M.  wife of Anthony A. Himelright, Jr. of East Petersburg, and Denise A. Jenks of Raphine, VA; 12 grandchildren and 15 great grandchildren; and a sister Beatrice Galen of Lancaster.  She was preceded in death by a  granddaughter and by two brothers and one sister. She lived her life to the end doing it her way. She was loved and will be missed.

Per her request there will be no formal funeral services.  There will be a Drop-In for family and friends to share memories on Saturday February 13, 2016 from 3-7 p.m. at The East Petersburg Community Center, 6051 Pine Street, East Petersburg PA.   In lieu of flowers, contributions in her memory may be made to Make-A-Wish Foundation, 1054 New Holland Ave, Lancaster, PA  17601.

Offer Condolence for the family of Shirley A. Killian