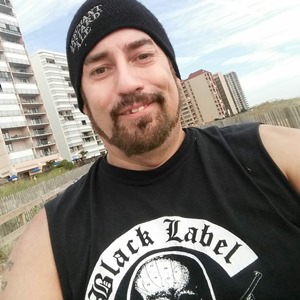 Born in Lancaster, he was the son of Gloria Jean Sheaffer Platt of Lancaster, and the late Morris W. Platt.

Shawn had worked at Skyline in Leola for over 25 years.  He was a graduate of J. P. McCaskey High School.  Shawn was an avid Steelers fan and enjoyed spending Bike Week at the beach.  He was a great mechanic who was always tinkering with cars and motorcycles.

Surviving besides his mother is a daughter, Mikaela Rhea Platt of Lancaster; a son, Tanner Lee Platt of Akron; a grandson, Branden Delgado; two sisters, Annette Sheaffer of Punta Gorda, FL, and Kathy Wife of Stance Racine of Lancaster; and a brother, Dirk A. husband of Andrea Platt of Grunberg, Germany.

Services and interment in Millersville Mennonite Cemetery will be private and held at the convenience of the family.

Offer Condolence for the family of Shawn Kelly Platt