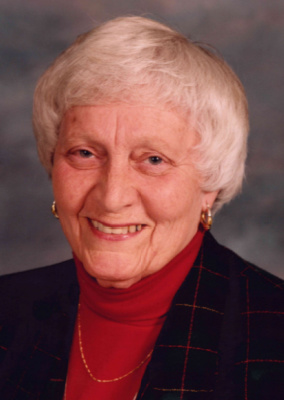 Sarah F. (Sally) Williams, 89, a resident of Oak Leaf Manor North, Landisville, formerly of East Petersburg, passed away peacefully on August 15, 2021. She was the widow of Jacob H. Williams who passed away in 1983.

She was born on January 18, 1932, in East Petersburg to Floyd S. and Mildred Brunner Zerphy.

She was a lifelong resident of East Petersburg and was educated in the Hempfield School District.

Prior to her retirement in 1989, Sally was employed by the East Petersburg Elementary School where she worked first in the cafeteria and then finally as the Elementary Secretary. She was known by many of the East Pete children of the
70’s and 80’s.

Sally was a member of the Westgate Baptist Church. She also served on the East Petersburg Borough Council from 1984 to 1993.

Sally is survived by her son John and wife Carrie of Sterling; Grandson Ian Williams of East Petersburg; Brother Thomas Zerphy and wife Terry of Centerville, and many much-loved Nieces and Nephews.

She was preceded in death by her Sons David and Peter and Brothers James and Peter Zerphy.

Relatives and friends are invited to attend a Funeral Service at the Westgate Baptist Church, 2235 Harrisburg Pike, Lancaster on August 21, 2021, at 11:00 a.m. with Pastor Robert McGrath officiating. Friends may greet the family from 10:00 a.m. until the time of service. Interment will immediately follow in the Zion Lutheran Cemetery, East Petersburg.

The family would like to thank the staff at Oak Leaf Manor North and the Nurses of Caring Hospice for the loving care they gave to Sally.

In Lieu of flowers, contributions may be made in Sally’s memory to the Westgate Baptist Church, 2235 Harrisburg Pike, Lancaster, PA 17601.

Offer Condolence for the family of Sarah F. “Sally” Williams