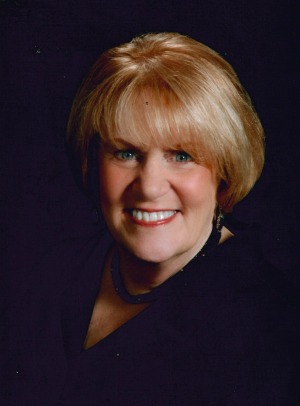 Sandra “Sandy” Mackintosh Horn, 76, passed away on October 8, 2018 at her home in Lancaster, PA. She was the wife of Pete Horn to whom she was married for 54 years.
Born in Sewickley, PA on September 21, 1942 she was the daughter of the late D. Roy Mackintosh and Elizabeth L. (Helms) Mackintosh Richards.
Surviving in addition to her husband are children, Laura E. Horn of Oakland, CA and son, Peter D. Horn married to Karen M., of University Heights, OH; grandchildren, Michael P. and Mia Horn of University Heights, OH and her beloved sister Phyllis M. Fox of Sherill NY. She was preceded in death by her brother, Daniel R. Mackintosh and stepfather Willis H. Richards. Also surviving are several brothers and sisters in law, cousins, nieces and nephews and numerous wonderful friends that she considered family and who will miss Sandy and her bright smile immensely.
Growing up in Baden and Ambridge, PA Sandy was a Rainbow Girl and Girl Scout. She was very active in the Louise School of Dance and was often a soloist in tap, ballet, and jazz. For many years she served as the secretary for the Mackintosh family reunions held annually in Ohio. Growing up she was a member of Grace Presbyterian Church in Ambridge and was a graduate of Ambridge High School. After graduation from high school she furthered her education at Muskingum College in New Concord, OH graduating in 1964. While at Muskingum she was a member of the Delta sorority and on the Dean’s List.
Sandy was a resident of Lancaster, PA for 46 years and previously resided in Williamstown, NJ, Ambridge, PA, Ocean City, NJ and Rising Sun, MD. She was an integral part of her husband Pete’s career as a basketball coach especially the years he spent as the boys basketball coach at JP McCaskey High School in Lancaster where she ran everything except the basketball practices, and she could have done that with ease!
Sandy’s career was in education as a reading specialist. Her longest and most rewarding time was her years at Washington Elementary School in Lancaster. Her passion for her students, their education and her fellow teachers there was only surpassed by her immense love for her family.
Sandy’s greatest joy was her grandchildren, Michael and Mia. The happiness they brought her surpassed everything else in her life. She was a dog lover, partial to Labrador Retrievers, and leaves behind her wonderful, boy, Rebel, who was her devoted and loving companion. She was a diehard Phillies fan for over 50 years and attended numerous games over the years including the 1993 World Series in Toronto Canada. She was an avid Jeopardy player and claimed to be undefeated in games against her husband Pete!
After Sandy retired from teaching in 2002 she created a new full-time career as a volunteer at First Presbyterian Church Lancaster. In this role she was described as, “one third of the church”, by a former pastor. As a volunteer she served as the Moderator of the Deacons, Coordinator of the Stephen Ministry, was an Elder, hospitality team member, arranged and served church dinners and funeral lunches, volunteered in the church office, played in the Bell Choir, conducted tours of the church for the Lancaster historical tours, filled in as the office manager on two occasions for several months and volunteered to organize and clean the pastor’s office on a regular basis. Sandy also created and led the church Solo group. This group was for women without partners. She was the life of the party as she arranged regular trips, outings and her specialty, parties for the women. As one person described “Sandy was the smiling face of the church willing to help all who entered or called.”

Sandy’s children, Laura and Peter, admired their Mom’s “courage, selflessness and never-ending positive outlook and energy” as she continued to make their lives and the lives of others special despite contending with a serious illness the last few years.

Per Sandy’s request there will be no services held at this time. A joint memorial will be held for Sandy and her husband Pete at the time of his passing. Sandy encouraged her friends to gather and celebrate her life and remember their lasting friendships in a setting of their choice. As friends and family know, she was always one for a good celebration filled with friends, stories and especially lots of laughter.
In lieu of flowers, memorial contributions may be made to: Clare House 342-344 E Chestnut St. Lancaster, PA 17602 or clarehouselancaster.org, ORCA, 610 N. Lime St. Lancaster, PA 17602 or orcarescue.org, or an organization of one’s choice.
Pete, Laura and Peter Horn wish to thank everyone who graciously provided details for this tribute for our incredible wife and mother. The stories and anecdotes shared have provided comfort to each of us.

Offer Condolence for the family of Sandra M. Horn