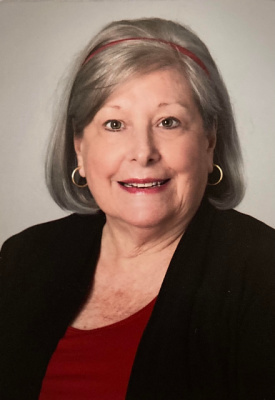 Sally Stauffer Bures, loving mother and caring friend who touched so many through her acts of tremendous generosity and kindness, died peacefully on Thursday, January 28th.

Sally was born on Easter Sunday to loving parents, Robert and Sally Stauffer, and her life unfolded in the small community of Leola, Pennsylvania. Early on, she experienced caring relationships with teachers in a small school and the guidance of an affirming faith congregation at Leola United Methodist Church, both of which became guiding influences in her life.

A graduate of Upper Leacock High School and Bucknell University, she had degrees in both English and Religion.

As Executive Director of the Lancaster Parish Resource Center, Sally found an outlet for both her faith and educational background. During her 27 years with the organization, she developed a deep friendship with founder Douglas Whiting, and together with a wonderful team, they provided the greater faith community with much needed resources and support. The center served 275 congregations from 30 different faith traditions.

A long-time member of the Rotary Club of Lancaster, Sally also enjoyed being a mentor at McCaskey High School.

Those who were blessed to know Sally most likely experienced the fact that she never hesitated to ask a question. She had a knack for quickly and deeply getting to know you and a flair for writing meaningful letters and notes. You knew immediately when you received one of her cards, as her beautiful and distinct handwriting was unmistakable. It was Sally’s gift of listening and her insatiable love for connecting through correspondence that enriched many precious friendships.

Sally leaves a legacy of love through her many acts of kindness and giving and will continue to be an inspiration to all those she touched.

A memorial service will be held privately at the convenience of the family. Gifts in Sally’s name may be made to the Love Fund of the Leola United Methodist Church, 7 West Main Street, Leola, PA. 17540.

Offer Condolence for the family of Sally Stauffer Bures