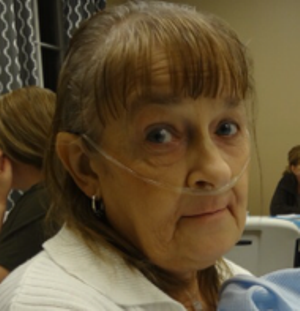 Ruth V. Pope (Morrison), 64 of Lancaster passed away on Sat. March 19, 2016 at Lancaster General Hospital. Born in Johnstown N.Y. she was the daughter of Robert & Laura Morrison who predeceased her.  She was the wife of Thomas C. Pope Sr., and retired from disabilities and was last employed at the  JAY Group and QVC and received her GED from New York State.

Surviving besides her husband is her son Greg Sherman husband of Lori of Lancaster and her granddaughters Laura Sherman and Samantha wife of Travis Miller of Manheim and her great grandson Wyatt, also her sisters Jean Farquhar and Susan Hughes, her brothers Robert and Joseph Morrison all of Johnstown N.Y.

Ruth was a loving wife, mother and caring friend to anyone she had contact with, she especially loved animals and supported many animal groups. She will be missed by her shiatzu, Cuddles and was an Elvis Presley fan.

As per Ruth’s wishes there will be no formal services.

Offer Condolence for the family of Ruth V. Pope