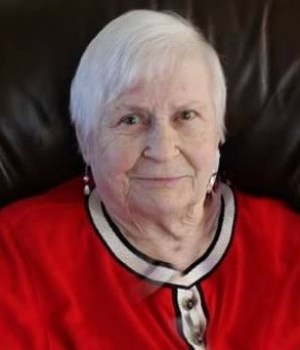 Ruth L. Leidich, 92, a resident of the Mennonite Home, died on Monday, August 14, 2017.
She was the wife of the late Herman H. Leidich who died in 2013. Born in Cogan Station, PA she was the daughter of the late Rev. Michael and Undine Heldtke Kipps.
Ruth had worked as a technician at RCA for many years. She was a member of the Willow Street United Church of Christ and enjoyed gardening, crafts and basket weaving.
Surviving is a son, A. Keath husband of Doris Leidich of Conestoga; two daughters, SuLynne Konopka of Colonial Beach, VA, and Denise wife of Tony Mann of Millersville; six grandchildren and three great grandchildren. She was preceded in death by sisters Alice Purcell and Frances Spencer and by a brother Henry Kipps.
A Memorial Service will be held on Sunday, August 20th at 1:30 P.M. at Woodcrest Villa, Eagle Wing Commons, 2001 Harrisburg Pike, Lancaster, PA with Chaplain Mim Cruz officiating. Friends may greet the family on Sunday from 1:00 P.M. until the time of the service. Interment will be private and held at the convenience of the family in Indiantown Gap National Cemetery. In lieu of flowers, contributions in Mrs. Leidich’s memory may be made to the Benevolent Fund at the Mennonite Home, 1520 Harrisburg Pike, Lancaster, PA 17602.

Offer Condolence for the family of Ruth L. Leidich