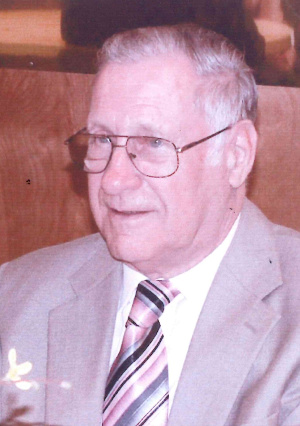 Roy J. “Jim” Harsh, 92, of Lancaster, went home to be with the Lord on Friday, July 5, 2019 at Lancaster General Hospital. Born in Lancaster, he was the son of the late Parke and Ada Pickel Harsh. He was the husband of Betty Hill Harsh.

Mr. Harsh proudly served in the U.S. Navy during WWII on the USS St. Paul and watched the Japanese surrender by looking through a gun site. After his discharge, he worked as a carpenter for Diller Plank for 31 years. He continued his love of woodworking after his retirement.

He loved hunting and camping. He traveled all over the country in a motor home and enjoyed helping to make apple butter at campgrounds with other campers.

He was a member of Grace Community Church in Willow Street and Faithful Seniors.

Mr. Harsh is survived by his children: James F. Harsh, husband of Sally Baca of Espanola, NM, and Gail, wife of Thomas Hartigan of Cuttingsville, VT, his grandchildren: Eric and Amber Harsh, Caitlyn and Seamus Hartigan; and half-sister, Mary Ann. He was preceded in death by his son, Eugene P. Harsh, husband of Gwen of Akron, PA.

Relatives and friends are respectfully invited to attend a Funeral Service on Tuesday, July 9, 2019 at 11:00 AM at the DeBord Snyder Funeral Home, 141 E. Orange St. Lancaster, PA 17602. The family will greet friends from 10:00 AM until the time of service. Interment to follow in Laurel Hill Memorial Gardens.

Offer Condolence for the family of Roy J. “Jim” Harsh