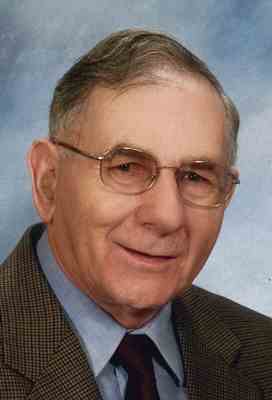 Roy H. Charles, 88, of Strasburg, went to be with his Lord & Savior, on Monday, July 25, 2016 at the Quarryville Presbyterian Retirement Community.

He was married 21 years to Elsie Newcomer Mellinger Charles.  His first wife, Alice Breckbill Charles, died in 1989.  Born in Manor Twp, he was the son of the late Abram B. and Anna Heller Charles.

Roy was a longtime farmer and following his retirement he worked at Lancaster County Auto Parts for a few years.  He was a member of the Strasburg Mennonite Church and had been a member of the Millersville Mennonite Church for many years.  Roy was a volunteer for Meals on Wheels in the Paradise Area.  He had made over 3,000 hats for Global Aid which were sent to refugees around the world.

A Memorial Service will be held on Saturday, July 30, 2016 at 10:30 A.M. at the Strasburg Mennonite Church, 1514 Village Road, Strasburg, PA.  A viewing will be held at the church on Friday evening from 6:00 to 8:00 P.M.  There will be no viewing on Saturday, however the family will greet friends following the memorial service.  Interment will be private and held at the convenience of the family in the Millersville Mennonite Cemetery.  In lieu of flowers, contributions in his memory may be made to the Mennonite Central Committee or to Global Aid.

Offer Condolence for the family of Roy H. Charles