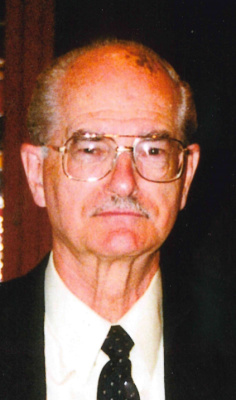 Ronald M. Weller passed away peacefully at Homestead Village where he was lovingly cared for by the nurses and supportive staff of the Apostles Center. He was born in Shillington, PA in 1932 to Dorothy and Clarence Weller. He was the husband of the late Helen Weller.

Ronald graduated from West Reading High School and attended Penn State Berks Campus. He started his career as a Quality Control Supervisor at GW Alexander Hat Co. in West Reading. He moved on to Dana Corporation and entered into Management and was responsible for scheduling the Mack Trucks frame assembly line. After 9 years Ronald moved on to Mack Trucks in Allentown after they began their own frame assembly work. He started as a Supervisor and was eventually promoted to Section Manager. He covered the CKD department as well as the shipping of Mack Truck components for Mack Plants in Canada, Venezuela, New Zealand, China, India, and South Africa. When Mack Trucks moved their operations to South Carolina, Ronald returned to Dana Corporation where they were again making frame assemblies for Mack Truck this time in Lancaster. He remained with Dana Corporation in various positions until his retirement in 1995. At the time he was in Product Engineering and appropriately named “Mr. Frame.”

His favorite past time was bowling and he accumulated many trophies for High League Average, High Single Game and High Three Game Series. Ronald was a lifetime member of the American Bowling Congress “700” club and had several averages of 200. He retired from the sport in 1980.

Ronald was a veteran and served in the US Army and while stationed in Bremerhaven, Germany met his wife Helen. She emigrated to the United States in 1955 and they were married soon after. Helen and Ronald enjoyed reading, traveling and browsing Antique Malls. Ronald was an avid reader and kept a list of every book he ever read and frequented local book sales.

Ronald is survived by his 3 children: Linda Lichner (James) of Lancaster, Judith Klinger (David) of Maryland, and Mark Weller (Lisa) of Allentown, 7 grandchildren and 6 great-grandchildren as well as his sister Lois Kline of Reading, PA. He is predeceased by his sister Barbara and his brothers Robert and Richard.

Ronald will be greatly missed by his family and friends. A private service will be held at DeBord Snyder Funeral Home, Lancaster, PA. Donations can be made to Centerville Pet Rescue in lieu of flowers.

Offer Condolence for the family of Ronald M. Weller