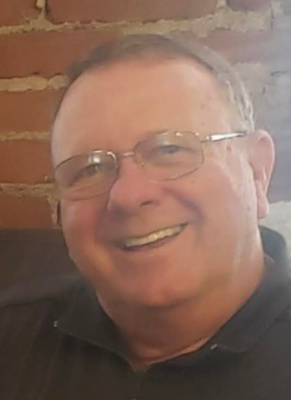 Ronald J. Kubala, 74, passed away on Saturday, January 8, 2022, at Lancaster General Hospital. He was the husband of Shirley (Hahn) Kubala, his high school sweetheart, with whom he shared fifty-two years of marriage on April 19, 2021. Born in Central City, PA, on May 22, 1947, he was the son of the late Nellie (Sobeck) and John J. Kubala Jr. He graduated from Lancaster Catholic High School in 1965, where he was a member of the golf and basketball teams. He and his wife were members of Sacred Heart Parish in Lancaster.

After graduation, he worked at RR Donnelley & Sons as a customer service representative for 46 years, retiring in December, 2011. He also served in the Army Reserve’s 377th Engineering Company for several years as a cook, ending his service commitment in the 99th field hospital unit for alert plan and activation. His passion for sports and helping youth were shown in the countless years he dedicated to coaching numerous basketball teams. Beginning right after graduation, he coached the boys youth teams at St. Mary’s Catholic Church for about 17 years, as well as serving on the Catholic Youth Organization (CYO) Board as the Secretary-Treasurer for many years. His dedicated service and commitment to the CYO League was honored when the League named an award after him to be presented to a volunteer in the League who went above and beyond to help the program.

He switched to girls basketball when his daughters started to play and coached at Sacred Heart Catholic School for about 10 years, also serving on the CYO Board for the girls. Not ready to hang up the clipboard, he dedicated another 19 years of coaching girls’ basketball at Lancaster Catholic High School. Even after retiring from coaching, he could always be found in the stands supporting LCHS girls’ basketball teams. He was a positive role model that impacted so many people on and off the court, by pushing everyone to do their best and to work even harder.

In his free time, he loved to golf, being a member of Meadia Heights Golf Club for several years as well as a part of the Duffers Club, a private golf group in Lancaster that played every month. He played countless rounds of golf on many courses, never missing a chance to play the game with friends. A huge accomplishment in his golf career was hitting a hole-in-one. In addition, he played on several men’s softball teams over the years, sometimes on 3 different teams at once. Not only did he play and coach, he was certified as an umpire and a basketball referee as well. Guess he figured if he was going to argue with them he better know the rules – and we all know he loved to question the calls!

He was a devoted father and grandfather who dedicated his time to coaching his daughters through the years and as his family grew he attended as many events as he could for his grandchildren, rarely missing any sporting events, dance recitals or school concerts. He was extremely proud and supportive of not only his daughters but also his grandchildren.

He and his wife Shirley loved spending the month of February in Myrtle Beach, SC and did so for many years. For their 50th wedding anniversary, they traveled to London, England to celebrate this amazing milestone together.

Being an avid Green Bay Packers fan, he had the opportunity to attend multiple games at Lambeau Field, a dream come true for him. GoPackGo!

He was an extraordinary person, with the best smile, biggest heart and an amazing friend to many. He was the love of Shirley’s life and she is devastated by his passing. He will also be deeply missed by his family, friends, those he coached and all who knew him.

In addition to his wife Shirley, he is survived by his three daughters, Michelle, wife of Michael Wingenroth of Manheim, Leslie, wife of Ed Leed of Lancaster, and Kari, wife of Ryan Null of Strasburg; seven grandchildren: Brandon, Nathan and Alyssa Wingenroth, Kayla Kubala and Chase Leed, Grayson and Ryder Null; two step-grandchildren: Kayla Leed McEwen and Emily Leed; a sister: Carolyn, wife of Andre Fouchet, 2 nieces and a nephew. In addition to his parents, he was preceded in death by his brother John M. Kubala III and his nephew John M. Kubala IV.

To end, a few of his favorite golf quotes:

Thank you to all the nurses, doctors and hospital staff for your wonderful care of our beloved husband, father and grandfather.

A public visitation will be held at DeBord Snyder Funeral Home & Crematory, 141 E. Orange St., Lancaster, PA on Tuesday, January 18, 2022 from 6:00-8:00pm. The interment will be private at Riverview Burial Park in Lancaster, PA.

Offer Condolence for the family of Ronald J. Kubala