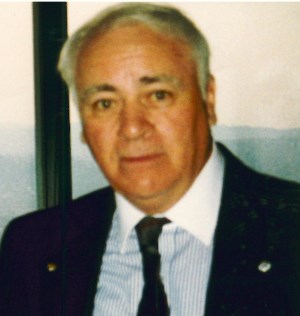 Roger “Dale” W. Steele, 83, of Lancaster, passed away on Saturday, March 26, 2016 with his family by his side.  He was the loving husband of Goldie (Bish) Steele to whom he was married to for 60 years.

Born in Washington Boro, PA., he was the son of the late John and Lillian (Bourne) Steele.

He spent much of his career as a brakeman and freight conductor for the PA Railroad, Penn Central, Conrail, and Norfolk Southern and was Chairman of Local 1722 United Transportation Union.

He proudly served in the US Army during the Korean War and belonged to the PA National Guard.

In his spare time, he enjoyed traveling, watching the Phillies and horse racing, attending yard sales, flea markets and auctions, dining out, taking care of his yard and spending time with his family.

In addition to his wife Goldie, Roger is survived by his sons, David A. Steele (husband of Sharon), of Lititz, PA and Randy T. Steele (husband of Delores) of Lancaster, PA; a daughter, Stephanie L. Brown (wife of Wayne) of Holtwood, PA; and a sister Vicki Boyer of Maryland.  Also surviving are grandchildren, Nathaniel, Sarah, Gordon, Jordan, and Christian; 3 great-grandchildren, Sierra, Emma, and Brandy; and step-grandchildren, Jere and Gabriel.  He was predeceased by a granddaughter Lindsay.

Offer Condolence for the family of Roger “Dale” W. Steele