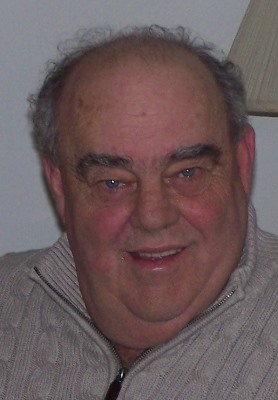 Bob was a Navy Veteran of the Vietnam War.  He served from 1966 – 1969 as a CB.  He was awarded the National Defense Service Medal, Vietnam Service Medal, Republic of Vietnam Campaign Medal and Navy Unit Commendation.

Bob was employed by Millen Construction and for the past 18 years he worked for Ingram Construction where he held the title of Superintendent.  He traveled extensively managing the construction of mausoleums all over the country, one of which earned a national award and was published in Architectural Digest.

Bob was a man of great character. He was very loyal to his family and friends. Selfless and always the first to lend a helping hand, Bob loved and to pay it forward. A man with a fun-loving spirit, he would joke and make friends everywhere he went. In his spare time Bob enjoyed knife and coin collecting, flea markets, the casinos, and traveling to Cape Cod and the New England coastline.

Bob was a loving brother, father, grandfather, uncle and friend and will be deeply missed by everyone.

His life will be celebrated on Friday, February 19, 2016 at 11:00 AM at Good Shepherd Community Church, 1360 Ridge Avenue, Reamstown, PA. The family will greet friends on Friday from 10:00 A.M. until the time of the service. Private interment will follow at Indiantown Gap National Cemetery, Lebanon County.

Offer Condolence for the family of Robert Walter Maines