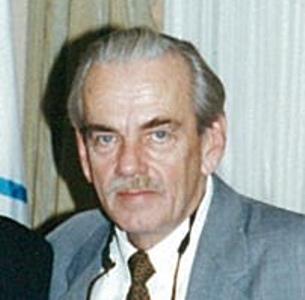 Robert T. Kiernan(Bob) peacefully passed away in the loving arms of his wife of 53 years Mary Ellen on July 3, 2016 after a long battle with Alzheimer’s disease.

He was born August 5, 1940 in Somerville, MA, the second son of the late James C. and Mary Kiernan.

Robert graduated from Boston College in 1962 and arrived in Lancaster in 1971 with a vision to give every child a chance to succeed in life. His official title was Executive Director of the Boys Club which at that time consisted of a small building on Pershing Avenue. Robert, thru tireless campaigning garnered the support of the leaders of the community, and the James Hale Steinman clubhouse was built, greatly increasing the number of children served followed by decades of community support and additional club houses and camps to serve the children of the community.

Robert was a member of the Elks Conestoga Lodge 140 I.B.P.O.E. of W INC, the Conestoga Business Club, Rotary Club of Lancaster and Lancaster Pirates, in addition to serving on numerous local and national advisory boards. He was admired by colleagues for his leadership skills and out of the box thinking. He always had a plan B.  Robert reveled in the time he spent with his grandchildren especially days on the Chesapeake Bay that including campfires, boating, fishing, crabbing and relaxing. He was a brilliant, kind and gentle man who will be missed by all.

In lieu of flowers contributions in his memory may be sent to The Boys & Girls Club of Lancaster, P.O. Box 104, Lancaster PA. 17608.

Offer Condolence for the family of Robert T. Kiernan