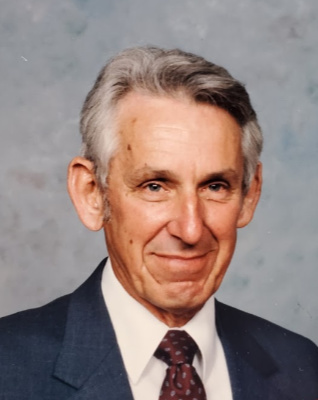 Robert H. Aument, formerly of Millersville, died on June 27, 2020 at Brereton Manor, Washington Boro at the age of  98.  He was the son of the late Loyd and Edith (Frey) Aument and the husband of the late E. Susan Hess Aument and Kathryn Alexander  Baer Aument.

Bob graduated from Manor High School in 1939.  He served in the 45th Infantry of the Army from 1942 to 1945 in Sicily, Anzio, Munich, South Africa, and France.  Upon his return to the States, he was a self-employed builder and worked into his 90’s.  He was a life member of Grace United Methodist Church and served on Trustees, Administrative Board,  Building Committee, and sang in the choir  for over 50 years.  He was a member of Millersville Boro Council and served on the Zoning Board and was also a member of the Lions Club.  Bob was an avid reader, enjoyed cracking and donating black walnuts, woodworking, and, as a young man, enjoyed racing cars.

Relatives and friends are invited to attend a Memorial Service at Millersville Community UM Church, Grace Campus, 163 W. Frederick St., Millersville, PA 17551 on Thursday, July 2, 2020 at 11:00 AM.  Interment with full military honors will follow in the adjoining church cemetery.

Offer Condolence for the family of Robert H. Aument