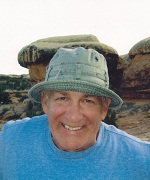 He was the husband of Carol A. Brubaker Frey.  Born in Lancaster, he was the son of Arlene Young and the late Robert D. Frey, Sr.

Mr. Frey was a graduate of Clemson University and had been an architect most of his life.

Services and Interment in Indiantown Gap National Cemetery will be private and held at the convenience of the family.

Offer Condolence for the family of Robert Dexter Frey, Jr.