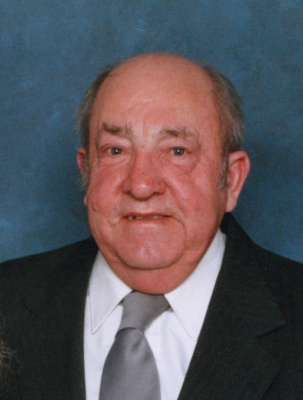 Robert served two years of I.W. service 1953-1955 in the Maintenance Department of Lancaster General Hospital. It was during this time he met his wife Elsie (Fehr). They were married October 6, 1956. Had their 64th anniversary in 2020. He returned home for a year, but when he was contacted by LGH about his willingness to return, he accepted and worked nine more years.

He worked from 1965 to 1981 as head of the Packing Department at American Seed Company which was on North Prince Street in Lancaster. From 1982-2009 he was the custodian at Locust Grove Mennonite School in Smoketown.

He was a former member of East Chestnut Street Mennonite Church. From 1970-1980 he served as the main opener and closer of the church building for all public meetings.

Robert is survived by his wife, a brother Blake (Ethel) in Schwenksville, PA and a sister Thelma (Charles) Kovaleski in Susquehanna, PA as well as numerous nieces and nephews. He is predeceased by two sisters, Elizabeth Pennington and Martha Bowman.

Flowers are welcomed or memorial contributions may be made to Eastern Mennonite Missions, P.O. Box 458, Salunga, PA 17538-0458.  To leave an online condolence for the family, please visit: www.DeBordSnyder.com

Offer Condolence for the family of Robert Delano Pennington