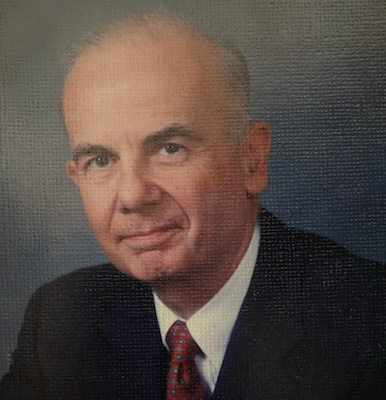 Robert C. Krissinger M.D., 89, of Lancaster, PA died on November 19, 2021. Bob was born on May 5, 1932 in Syracuse NY to the late Richard H and Katherine C Krissinger.  He was predeceased by Ann, his wife of nearly 62 years, and by his brother, David Krissinger.  He is survived by children John R. Krissinger (Sheri) of Macungie, PA, Susan K. Trinchere (John) of Huddleston, VA, and Richard A. Krissinger (Laurie Cochran) of Elmhurst, IL, as well as nine caring grandchildren and two great granddaughters.

Bob did his undergraduate work at the University of Pittsburgh, received his medical degree from Temple University School of Medicine, and interned at St. Francis General Hospital, Pittsburgh, PA.  After 3 years as a general medical officer in the U.S. Air Force in France and Germany, he took a family practice residency at Lancaster General Hospital, after which he continued as a preceptor for that program until his retirement.  He practiced family medicine in Grandview Heights, Lancaster, PA from 1963 through 1998.

He taught Epidemiology and Immunology for two years in the Bachelor of Science Nursing program at Lancaster General Hospital and served as part-time physician at Franklin and Marshall College from 1965-1970.  Dr. Krissinger was a past president of the local American Cancer Society.  He was also a founding board member of the original Hospice of Lancaster County where he served as medical director for ten years.

After retirement, Bob volunteered as a radio reader for the Susquehanna Association for the Blind and Vision Impaired, as well as a sorter for the Lancaster Library Used Book Program.  Additionally, he joined the United Way in attempting to establish a Lancaster County Health Department.  This program still awaits approval of the County Commissioners.  For this effort Bob was awarded Volunteer of the Year (with his colleagues) by the United Way.  He was also awarded a commendation from the Lancaster City and County Medical Society and a Red Rose from Lancaster Newspapers for his work with Hospice.  As Chairman of the Environmental Control Committee of LGH, he became instrumental in noise reduction in the hospital, particularly the elimination of constant paging in the hospital.

Bob was a devoted husband as well as an exceptional role model for his children, with whom he shared his love of travel, books, science, teaching, sports, word puzzles, birds, and gardening.  His desire to continue learning did not diminish with his age, and his ability to remember what he had learned was remarkable.  He lived his definition of success by having left the world a better place through his work and his example.

A memorial celebration for Bob will be held at First Presbyterian Church of Lancaster (140 Orange Street, Lancaster, PA 17602) on Saturday, December 4 at 11:00 AM in the Sanctuary.  The service will be preceded by a visitation at 9:30 in the Chapel. Services will be livestreamed and available via the following link: https://my.gather.app/remember/robert-krissinger

In lieu of flowers, contributions may be made to Hospice and Community Care (685 Good Drive, Lancaster, PA, 17603).

Offer Condolence for the family of Robert C. Krissinger